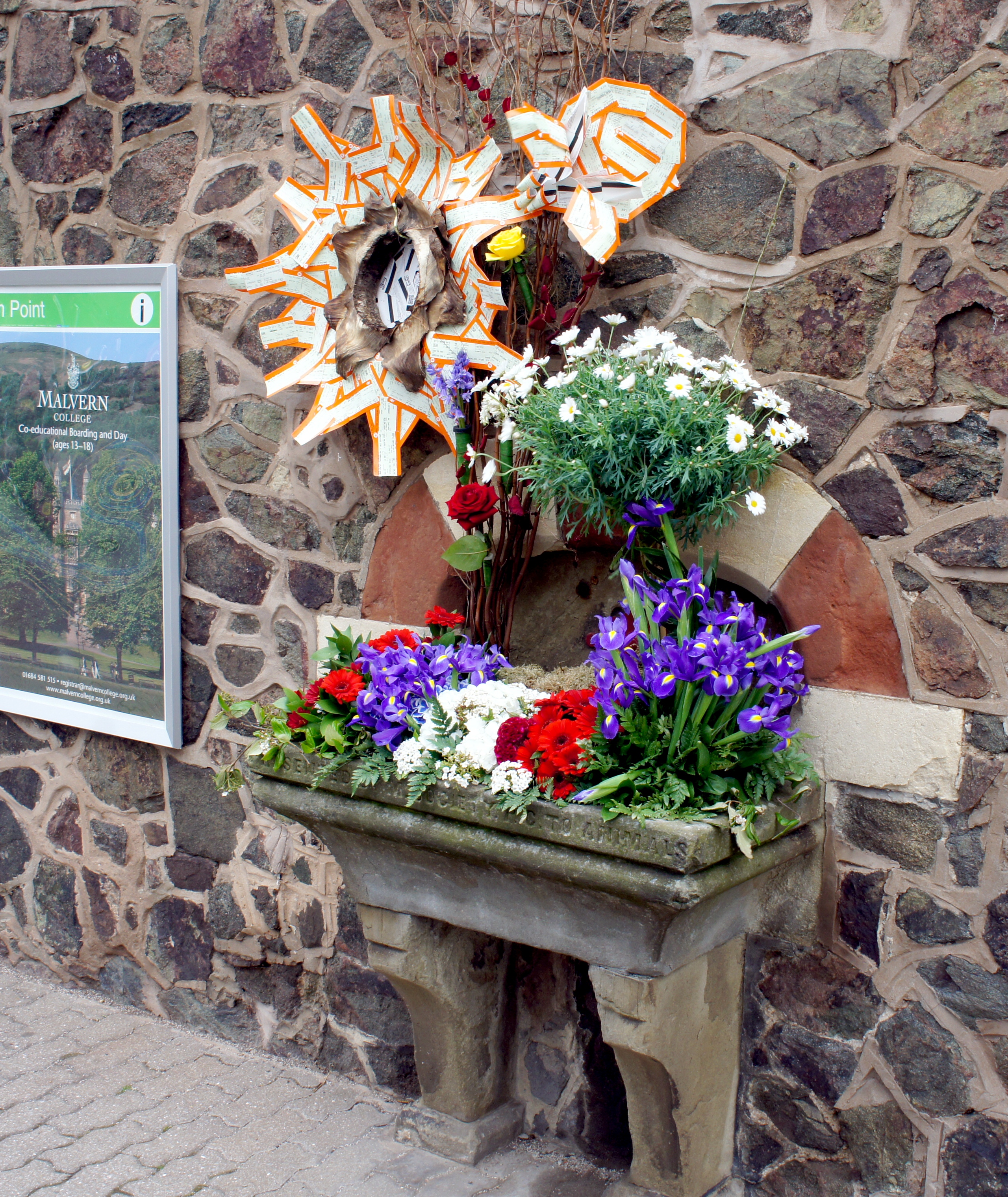 As part of the Spring festivities in Malvern we enter into an ancient tradition known as Well Dressing which has been running annually since 2000. This year’s theme was that of Friendship – L’Amitié in celebration of the recent twinning of Malvern with the spa town of Bagnères-de- Bigorre in the French Pyrenees. 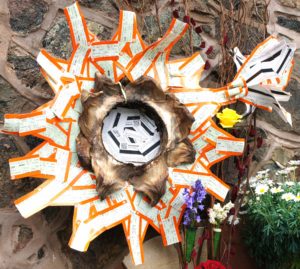 Lucy Jones from Shrinking Violet Bespoke Floristry created a design that represented the theme in a style close to her heart. Drawing on her signature station style she created a stunning sunflower and bee from used train tickets. The sunflower, bees and their honey are synonymous with France and especially at the markets where many local beekeepers sell their honey. Bees are attracted to yellow flowers such as the ‘Little Becka’ sunflower which is a great, compact variety for honeybees and the garden.

The French flag was made using blue Iris, white hydrangea and red gerbera. The other red and blue flowers attached to the wooden branches represent the English flag. The yellow rose by the bee represents friendship.

The awards were presented on the final day of the new Malvern Water Festival which ran through the weekend of the 30th April – 2nd May 2016. 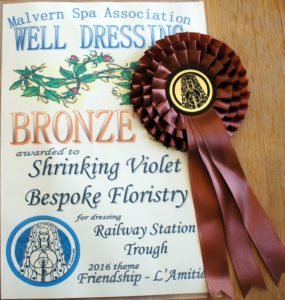 According to Historic UK the tradition of well dressing may have begun in Derbyshire as far back as the Celts. It was frowned upon by the Christians who felt that it was water worship and therefore unacceptable. It resurfaced in 1349 when, following the Black Death, villagers would decorate the new water pipes that were being installed for the first time.

In Malvern we can trace it back to around the same time when it was a way to give thanks to St Oswald for the water cures. Later in 1615 following a national drought thanks were given to the wells which kept flowing during this time. The well dressing we know and celebrate today was introduced by Cora Weaver at five sites 1993, 997 and 1998, funded by the Malvern Hills District Council.

Today around 46 wells, spouts and springs are dressed annually and local schools, community groups and businesses compete for Bronze, Silver and Gold awards.