Bring the spring indoors with Tulips 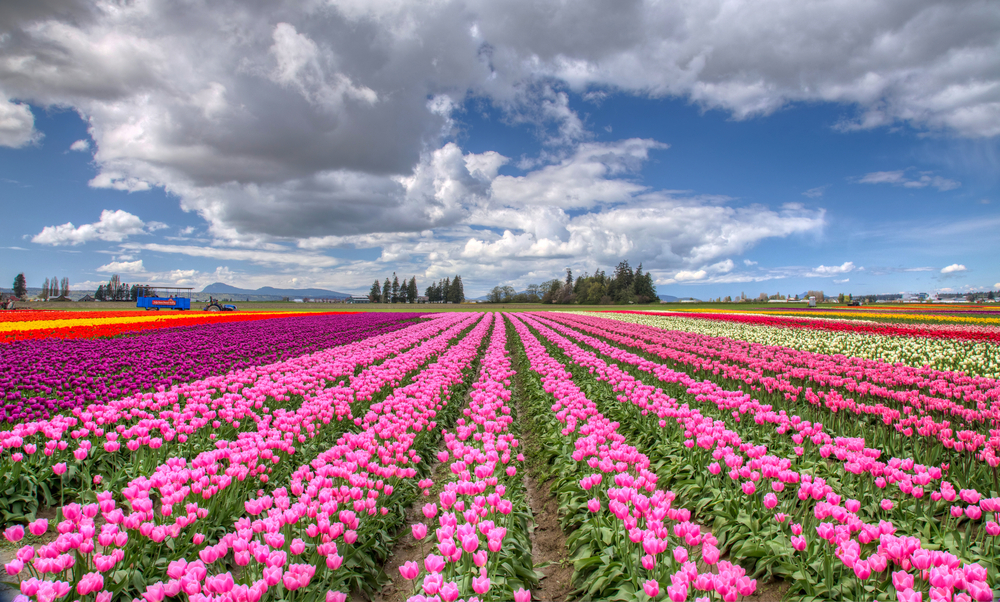 A vase of Tulips is a little like a warm spring breeze. They lift the heart and lighten the day. Absolutely perfect for this season, no matter what the British weather might have to throw at us, with tulips you’ll always have a ray of sunlight to brighten your mood.

There are around 150 species of tulip and over 3000 different varieties. They can be found in almost any colour you could imagine, ranging from black, maroon and purple through to pale, pale yellow, cream and white.  If that isn’t enough, it can also be found with multi-coloured petals. 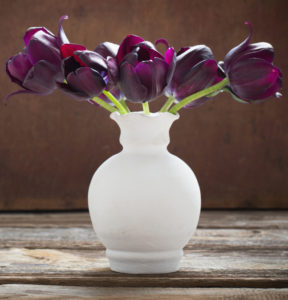 They’re an excellent choice for any floral arrangement no matter what the occasion or personal taste you can find the right shade to match the moment.

Most of us associate tulips with Holland, but they are actually native to central Asia and is the national flower of Turkey and Afghanistan.

The name is derived from the Persian word, delband, meaning turban. We don’t know if they acquired this name because the bloom is turban shaped, or because of the fashion at the time for wearing tulips on turbans.

In 1593 Flemish botanist, Carolus Clusius, planted tulip bulbs in Leiden University’s botanical garden, 1594 is considered the official date of the first tulip blooming in Holland and so began the Dutch love affair with tulips.

Between 1634 and 1637 tulips became the centre of an economic frenzy, believed to have been on of the first ‘speculative bubbles’. They became so expensive they were actually treated as a form of currency.

Tulip stems are very pliable, so they can be used in a wide range of displays, even displayed inside of fishbowl shaped vase!

But even a simple bunch will put a smile on someone’s face!